A school is known for a child when she / he enters a school system, it is the begining of a long journey of the 'self and the world around' in a gradual but regulated manner. Mark the words 'gradual' and 'regulated'.Any attempt to overload the young brain with too much too soon is actually detrimental to a natural growth of the child's brain and mind that are raw and still not developed fully in a biological sense.

On the contrary, there is risk of killing the naturally evolving process of the spirit of enquiry and curiosity in the child even before they are awakened.That is what actually afflicting the school education system in the country today. What with public schools vying with each other in producing asmart new generation of the child prodigies.

This is a lop-sided approach to developing balanced minds in their formative years. A heavy emphasis on cmpetitive performance in the board exams is leading to generation of intense stress.The yardstick of a child's learning level is the percentage scored in the board exams which is not a wholly valid measeure.Most of times it may not be based on a fair assessment of real merit which in itself is a difficult concept to define. The greatest casuality of this excessive focus on academic performance has been an utter negligience of embedding human values in a child's belief system.

Today's generation of students is a victim of a school system which has not contributed adequately to making them good human beings. We set up the 'new delhi public school (ndps)' with a view to address all such concerns. The ndps is a school different from all others in its philosophy. The emphasis at ndps is on a a balanced approach to imparting curriculum-oriented instructions and also inculcation of universal human values among students. Neither of the above two facets of holistic education is neglected at ndps.

Schools being the primal social institutions have the greatest social responsibility to shoulder. Because it is in schools that foundation for future human enterprise is laid in the young minds. This calls for a holistic approach towards imparting instructions to young pupils in not merely the academic subjects alone but also the whole discipline of man to man, and to nature interactions.

The first responsibility therefore is that of the schools in the country to develop today’s children into tomorrow’s citizens who are self aware and responsible good human beings. And it is on this score that a real action is needed at a national scale if we were to obliterate most of the ills and evils afflicting our society today. Children are the real gold-the most precious resource of any country. It is for the teachers in a school system to put this gold to a test of fire-the extreme but regulated heat of disciplined learning, a regimen of practice, and mould it into a form that would fit the present and future needs of our society and humanity at large. Regulation of this is a must and key learning’s need to be tested, tried and reinforced. It would be a tall order to achieve and calls for putting the teachers to Gold’s test of fire first, Teachers as role models first need to be oriented into an incessant and disciplined regimen of learning for themselves in order for them to be effective. 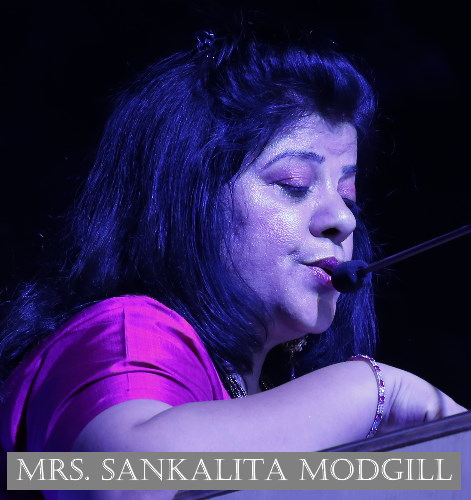 A school is known by its pupils who become the living proof of the kind of values it inculcates in them more than what they had learnt in their academic subjects. The latter is a function of several inputs and class room instruction is just one of them the academic rigour, evaluation, feedback and corrective actions are all in-built in the pedagogy but the final outcome is the consequence of the individual efforts intelligence and circumstances. We at New Delhi Public school are conscious of our responsibility towards our students, parents, our society, nation and this world. The curriculum-oriented teaching will always remain the main stay and a primary function of the school. The challenge, however, is to enrich academic learning with a right mix of universal human values, development of intellectual curiosity and a scientific outlook among the students. That is where our school has been trying to make a serious effort for the past few years. It is not a one day task. It is a long-drawn process, more so when the prevalent system in the country suffers from a heavy academic bias.

A word about academic performance would be in place here. In the past few years there has been a marked improvement in the academic scores at all levels. Things will improve further. In sports arena and in extra-curricular activities our students have always been in the forefront. One of the vital resources in a school are its teachers. The school management takes greater care in selection of teachers who shares the same values as espoused by our school. Teacher at NDPS are respective subject experts and take teaching more as a mission rather than vocation. It is this attitude that has become the hallmark of all our faculty resource persons. In the final reckoning, New Delhi Public School is a school with a difference. And it is gearing itself to make major improvements in all the aspects of its functioning. What we need is a whole hearted cooperation of parents and students.
We at NDPS believe that cooperation of parents and a total devotion of students to the teacher-facilitated goal of a balanced all round development in all the four dimensions of human personality (intellectual, physical, aesthetic and ethical) are the essential requirement for a sustainable success of any school system.
I take this opportunity to welcome you to our school. By enrolling in our school, you are handing over us a great responsibility and I assure we are fully geared to take the child to and exhilarating learning odyssey that will turn him/her into a knowledgeable and responsible citizen of India and this world.

Individual difference in children's grasping abilities and iq levels are natural. The school facilitates the weak to overcome their inefficiencies.
Even in the so called best schools in the country, only a small percentage of students are top scorers, majority being either average or just above or below the average level of performance.Brilliance is not common though mediocrity as we at ndps consider it a responsibility of the school to create an environment conducive to an uninhabbited learning.
The school management has the primary role of creating the context with a pupil friendly philosophy. The school leadership actualises this philosophy into a value system that is shared and appreciated by all teachers and the supporting staff.I can vouch for our school,the ndps.The school is on its path to become a quality school, a temple of learning and enlightenment upholding our ancient 'guru-shishya parampara'.A true guru is one who shows the right path to her / his disciple to reach the elevated goal of self actualisation of disciple's true potential.
I welcome you to our school and wish you an enriching experience full of learning and enlightenment. 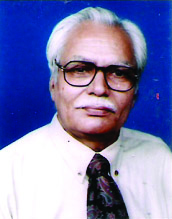 To facilitate a balanced development of human mind, body and soul in their formative years in a school system through design and delivery of curriculum-oriented classroom instructions, inculcation of the finest universal human values and development of a free spirit of enquiry, curiosity and scientific temper using most appropriate modern teaching and training methodologies, techniques, modes and media.

Education is a participate and collaborate activity. We follow the motto learn, love, labour. “learn” stands for the efforts of teacher to find out and polish the learning abilities of the situation. “love” promotes the benevolent outlook of students and teachers to Nature and all fellow beings. “labour” symbolizes the hard work and diligence to leave no stone unturned to produce efficient and effective learning in conducive environment. Inculcation of this vision not only enhances the personality but also prepares each student to become an enlightened, responsible, and technologically savvy. With the correct blend of co-curricular activities and academic good values and fostered through love and compassion. The school aims at continuous commitment and development for the improvement of the child. It also ensured that each and every initiative is taken to develop the holistic growth of the student.